I haven't been dancing for very long, in fact, I only started this year. Already I'm having way too much fun.

But having fun doesn't mean I'm good at it. In fact, it turns out I'm sort of a terrible follower. I have a hard time being in the moment. I'm always planning for the future. In dance, this means that I get a lot wrong because I'm not waiting to get my directions from the leader.

In writing, this means I'm always looking forward to the big payoff in the novel, the cool moment in the movie where they had to slow everything down so you could see just how awesome it was. Because I'm thinking about what comes next I tend to mess up the now.

Confession: if I'm writing a novel, I'm working my way towards an explosion, and I can hardly wait to get there.

I guess we could all use a little more In The Moment. My writing could (and yeah, my dancing could to). But I feel like I'm caught between a rock and a hard place. Everywhere, the world tells us to plan for the future. Then, while we're planning, we miss the life that's right now.

It's a balance I clearly have to learn. What about you, got it all ironed out, or are you fretting over the future?

(and the key for dancing is to wait. wait. WAIT for the downbeat--yes, this is a music thing, but sometimes it's good to remember that there are other things besides publishing where waiting occurs)
Posted by Rena at 3:08 PM 3 comments:


Umm, spoiler free? Oh, uh, that could be a little harder.

I love that picture. It just sums up a perfect day.

For those of you who missed it, I won an ARC of Stitching Snow by R. C. Lewis. This book doesn’t come out until October, but I can tell you right now that it’s a spectacular read.

The bare bones go like this: The plot is great, it picks you up and takes you on a ride. Vague? Yeah, well I said this was spoiler free, so here’s where I can give you comparison titles. If you read and liked Across the Universe, this book will probably be a slam dunk for you. It has similar aspects (Sci Fi, YA narrator), but you should know that it is, first and foremost, a retelling of Snow White in space. The other obvious comparison title is Cinder by Marissa Meyer. This comparison is a little closer to home in that the whole retelling is there and in a sci fi setting, but the circumstances of that setting are both greatly changed and extremely well told (that applies to both books).

What I loved: I loved how the tropes were all subverted perfectly. Every scrap of Snow is there and it is perfect and natural to the setting. I giggled—yes, I am allowed to giggle—at certain diminutive characters. I also loved how the story was faithful and irreverent (quite the feat).

There were no chapters or expositive areas where I wished the author would just get on with it (this is a common problem I have with all books; I hate having every detail spelled out for me). Each word is well chosen and I read every word (I’m a skipper, so when I read all the words, it’s a major compliment).

In short, go get this book. Preorder it now. It’s a really great book, lots of fun, adventure, and a healthy dose of cage fighting (because Snow White was totally a cage fighter).

Her home planet is filled with violence and corruption at the hands of King Matthias and his wife as they attempt to punish her captors. The king will stop at nothing to get his beloved daughter back—but that’s assuming she wants to return at all.

Essie has grown used to being cold. Temperatures on the planet Thanda are always sub-zero, and she fills her days with coding and repairs for the seven loyal drones that run the local mines.

When a mysterious young man named Dane crash-lands near her home, Essie agrees to help the pilot repair his ship. But soon she realizes that Dane’s arrival was far from accidental, and she’s pulled into the heart of a war she’s risked everything to avoid. With the galaxy’s future—and her own—in jeopardy, Essie must choose who to trust in a fiery fight for survival. R.C. Lewis teaches math to teenagers—sometimes in sign language, sometimes not—so whether she’s a science geek or a bookworm depends on when you look. That may explain why her characters don’t like to be pigeonholed. Coincidentally, R.C. enjoys reading about quantum physics and the identity issues of photons.


I have a twitter account. I’ve been on twitter for years now, and I only recently broke the 1000 tweet threshold. At this rate, I’ll be tweeting for a couple of decades before I smash into the next set of digits. I’m a complete loud mouth, so why don’t I tweet more?

Fear of making an ass out of myself.

One of the big problems with being a writer is that our work is glacially slow. We spend so much time too close to our work, and then we want some satisfaction when we finally manage to put that work out there, but Surprise! (or not a surprise if this isn’t your first rodeo) Publishing takes a long time. Example: I’m currently working on a draft that I wrote a year ago. I’m juggling it with a book I wrote two years ago, just before I got my twitter account. Yeah. And with writing, there’s so much of the process that you’re JUST NOT SUPPOSED TO TALK ABOUT.

Are you querying? Yeah, don’t mention it on your blog.

Did you just send a manuscript to a publisher? Don’t mention that either.

Are you on submission and got an R&R with super awesome Editor of Your Favorite Big Five Imprint???? Yeah, you’d better keep that under wraps, too.

The idea is to keep your electron trail good and clean. Make sure that you don’t seem like the crazy writer, but I’m going to tell you a secret: if you write, you are crazy. It’s a good crazy, but really the act of putting words to paper is complete madness.

My problem with twitter is that writing forums are usually filled with, well, writers. Sure, a google alerts might pop up if someone were to mention something specific (I queried agent X with my novel AWESOME TITLE; she said I smelled like elderberries so I’m never querying her again!), but for the most part, they are filled with writers who know what it’s like to have your query called elderberry fertilizer.

In a forum, if you make a mistake (post too often due to profound OMG HAVE THEY READ IT disorder, otherwise known as OIRX) most of the other people are writers. So even though they look at you like you’re the annoying one, they know: what goes around comes around—they’ll be in the crazy seat someday, too.

If it’s on a forum, it’s sort of like yelling it to a crowded room, maybe someone will notice, or care enough to acknowledge you, but likely, the conversation will just keep going right over your head. But in twitter, if you had a joke or a cute cat picture and you @ someone? That’s like having it hand delivered to their house (maybe put directly on their pillow—CREEPY). (And yes, I've done this and regretted it later--too many times to count.)

Sure, I thought my joke was funny, or witty, or whatever, but when your tweet is put into the “I’m a writer, and you’re a publishing professional” context, it’s really hard to see the witty over the subtext of the tweet. Right, so you’re all about to yell at me for making assumptions, but I’m trying to save you pain. I’m worried that all tweets from aspiring writers to publishing professionals also have the subtext “pretty pretty please just love my work and be my bestie for the rest of my writing days because publishing is scary.”

So yeah, I feel like twitter just makes it too easy to make a fool of myself. Thoughts?
Posted by Rena at 1:30 PM 9 comments:

Email ThisBlogThis!Share to TwitterShare to FacebookShare to Pinterest
Labels: I'm Awkward And I Know It, psa, Twitter

IWSG—But will they love it?? 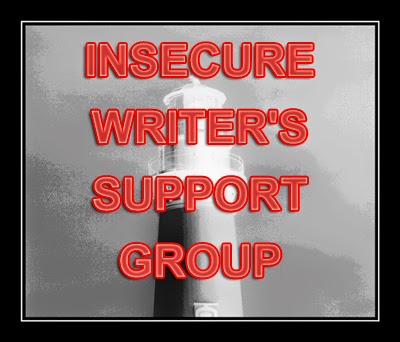 
I haven’t been that insecure lately. I mean sure, it hurts when I don’t make the final round of a contest (Why pitchmadness, why?), but I’ve not made enough contests that it doesn’t really crush my heart—I’ll admit to that tummy turning did-I-make-it feeling this last time through pitchmadness—but something that is almost as adrenaline inducing is seeing someone who is reading your work.

I have a bunch of well read, non writer betas. No, I mean a TON. And when I hand them new manuscripts, all I can think is “Do they love it?” (also, I wonder if they’re just being nice—well, I guess I used to wonder that, my betas universally didn’t like one particular story and they let me know in no uncertain terms, so at least I know they aren’t “just nice”).

I can only imagine how magnified this feeling is going to be when it’s people I don’t know. When my work is out with publishing professionals—you know, agents—I find myself constantly mumbling a mantra “Please like my work, please like my work.” It’s so silly. I don’t need them to like my work, (say it with me now) I need them to LOVE my work. One nice thing about querying taking so long, is that the part of me that obsesses wears out. It’s inefficient. So I spend about a week being a basket case, and then I MOVE ON. But the one thing that sticks with me even after months and years (yes, I’ve gotten query letters back after a full year) is the hope that people love my work. I guess it’s selfish of me to want to be the pleasant surprise in the slush pile, but it’s the thing I can’t control.
Posted by Rena at 8:57 AM 11 comments: