For those of you scouring the interwebs, this is my #Pimpmybio for #Pitchwars.

This year I'm sending up STEAL THE SKY for all the love, so before we get started, here's a little about the book:

Sixteen-year-old Tashira has spent her life slipping through the cracks in the Shulloran’s reign over the city of Kaiou. Through prayers and songs, Shulloran priests keep sea monsters at bay, restraining the creatures from attacking the ships and eating the citizens of Kaiou. But not everyone likes the priests. They’ve forbidden singing since their teachings say voice controls water, and the untrained song could unleash the man-eating monsters at the bottom of the sea. Anyone caught singing is burned at the stake.

When Tashira witnesses a boy turn cloth to stone with his voice, she knows the priests are lying about their powers. To shut her up, the Shullorans burn down her home and send monsters to kill her. Tashira fights back, rescuing the boy who controls stone with his song, and learns the priests’ real secret. The protections keeping the monsters locked away are failing, and the monsters are escaping. To protect people from the creatures in the deeps, the Shullorans plan to combat years of sea level fall by unleashing a great flood. They hope the deeper waters will help keep the monsters submerged, and if it drowns one unruly city, then it’s all for the best. If she does nothing, her city and everyone she knows could die, but Tashira has a new weapon: her voice controls the weather. But she’s untrained, and she could spark off a hurricane or accidentally unleash the man-eating monsters. One way or another, the Shullorans know who they want to burn next.

STEAL THE SKY is a 90,000 word YA fantasy similar to what would happen if someone put Avatar the Last Airbender in a blender with the Pirates of the Caribbean and tossed in a splash of At the Mountains of Madness.


Okay, let me see, I think I’ve got an official Bio somewhere around here… A Ha! 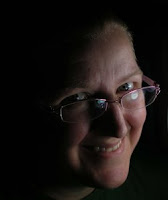 Like most mad scientists, Rena Rocford has made an art form of living as a muggle. Today the bills, tomorrow the world. When she isn’t planning for world domination, Rena creates nerdy art and enjoys spending time with her family and friends. She unleashed her first book Acne, Asthma, And Other Signs You Might Be Half Dragon, on the world in 2015, and a companion novel, Prom, Magic, and Other Man-Made Disasters is sharpening its battle axe for release in late 2017.

That looks all official and shiny, but it’s pretty short. 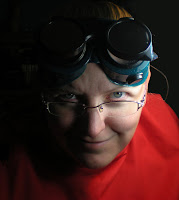 I sew costumes for fun: I particularly enjoy Dr. Horrible, but I make costumes for others as well. One year before Dragon Con, we measured the amount of thread I used in kilometers. When we added up all the spools I’d emptied, we realized I’d put nearly 5 km of thread through my sewing machine that summer. 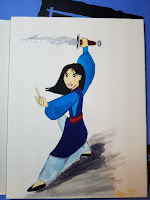 I paint for fun. Mostly. Sometimes I paint because I absolutely cannot handle the world, and words are failing me. This year, I entered some of my art in the local fair, so, we’ll see how quickly my art aspirations get properly crushed. I jest—sort of. It’s hard to put pieces of yourself into the world and ask for judgment. We’ll see if I continue to share my pieces, or if I go recluse on these. 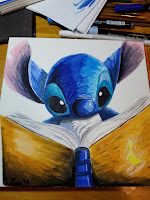 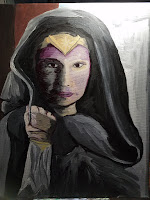 I have a day job, but I can’t really talk about it. Well, I can, but it goes from interesting to awkward because a lot of it is super duper confidential. Like I’d get fired and fined if I talked about the wrong part of it. No, I’m not a spy. “But Rena, that’s what you’d say if you were a spy!”
*sigh*

But this is a long list of what I do, and I feel like that doesn’t really get to the who I am and why I write. That’ harder on so many levels. Turns out, for all my bluster and jokes, I’m a very private person. Yes, I’m the loud one telling the stories, but only to hide the fact that I’m mortally terrified of being awkward in public. I combat my fear by making people laugh. If you’re laughing with me, you’re not laughing at me. Wow, this went from funny to personal real fast. Quick, have a cat pic! 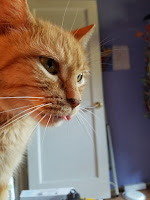 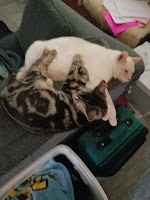 Okay, feel better after looking at the cute kittehs? Good, now onto why I write.

So, once upon a time, I decided to write a piece, I don’t know why, but it was super personal, and really—REALLY—TMI. But I put it out there into the world, and what came back to me was whispered in fear and lonely hope: “I thought I was the only one.”

It struck me that people were so afraid of the world that they’d taken their scars and tragedie and hidden them in their soul, isolating themselves for fear of being judged. So I started writing to eradicate that feeling from people. My books aren’t super personal like some of my essays, but my goal is to make the world less lonely.

“Whoa, Rena, are you saying Acne, Asthma, And Other Signs You Might Be Half Dragon isn’t biographical??? I feel betrayed. I thought you were half dragon!”

See, funny thing, it is, but it isn’t. I feel like the writing isn’t right until you’re a little worried people will see through all the plot and character development to the you in the book. “Oh, you just wrote this book because you were jealous and wanted to foist that on your character.” Or “You wrote this book because you were struggling with your identity and wanted to watch your character squirm through figuring themselves out.”

I write to purge my demons first (and boy, I’ve got plenty). I write so people won’t feel so alone. I write so I can know the way through my own life, and maybe that can shed some light on the path for others.

So what do you get when you read one of my books? Maybe you get something deep and meaningful to you, or maybe you get a laugh, a chase, and an explosion (all my books have explosions). One way or another, it’s a ride, and if you want to have fun, I’ve got an extra seat. 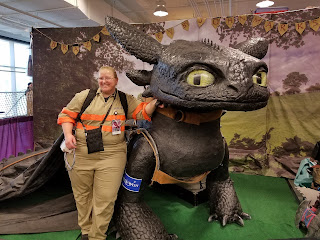 Email ThisBlogThis!Share to TwitterShare to FacebookShare to Pinterest
Labels: Pimp my Bio, pitchwars

Posting from the Wilds of My Life

Some of you might have noticed that I missed an Insecure Writer's Support Group.

Yeah, it snuck up on me and ran right past.

But, Rena, How is that even possible? You always make your IWSG posts. Those are like your favorite ones.

This one is amazing.


I not only forgot, I forgot about all the things. Between juggling a ton of manuscripts (turned one back in w00t!), managing my art for upcoming exhibit, doing a pop up promotion, worrying about the health of people I love, and making it from point a to point b for all the things in my life, I forgot.

For me, this is the stuff of nightmares. I keep lists of stuff I have to do because I feel like a flake. I spent the whole weekend worried I forgot to pay a bill. And of course, forgetting to post to IWSG made me super extra nervous. I'm probably going to go to work, clean my desk and scrutinize every message, post it, and email for action items I may have missed.

One of the biggest problems with having so much going on is that it's easy to forget something. So, how to fix it? Here's another big secret:

Sure, I'm going to go over my super regimented schedule and see if I can build in another double check. At this point, I'm going to call it a win that I have a place to keep track of my submissions, and I haven't borked one of those up in years.

How about you, dear reader? Forget anything important recently?
Posted by Rena at 3:53 PM 7 comments: